The coarse topography has been created using the “hole” and “subsample” options of the script createGOCADTSurfNXNY.py, using the following command line:

Now we want to seal the gap between both surfaces. To do that we will create surfaces “from 2 surface borders”. To facilitate the work of Gocad, we first need to add extra boundary extremities to both surfaces, at the corners of their borders. We also need to add boundary extremities to the coarse topography to roughly match the segmentation of the fine topography border, resulting from the fault intersection. This is done by: 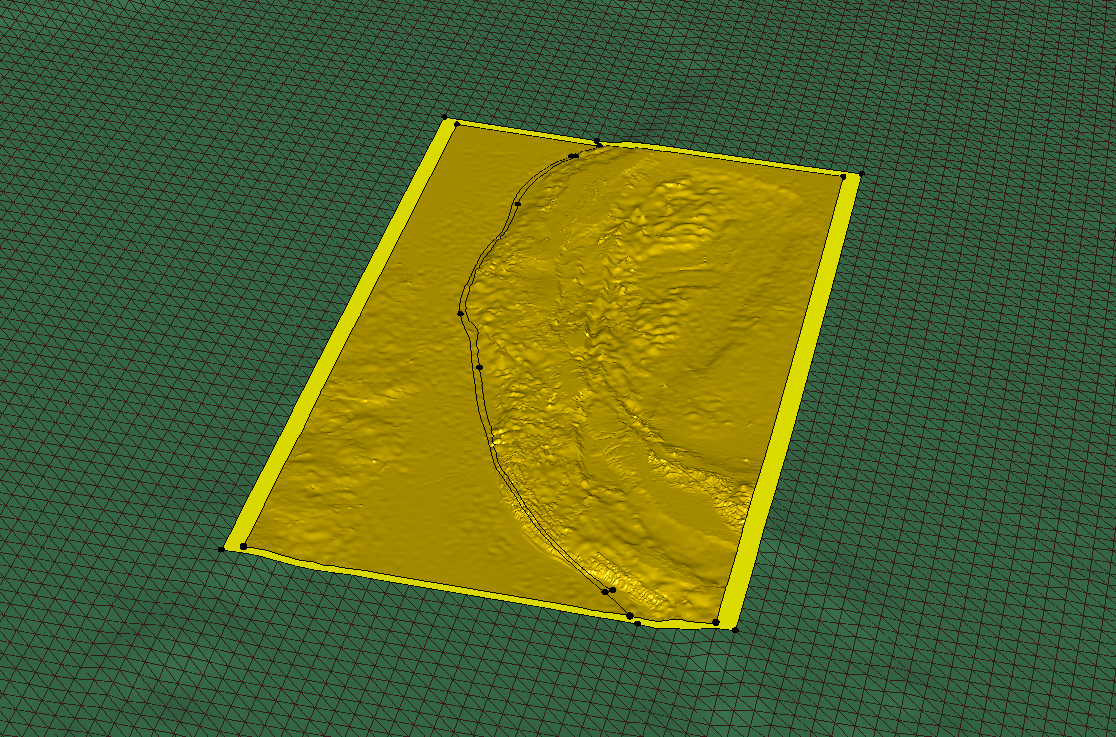 Then, the surface filling the gap between coarse and fine topography can be created using: Surface > New > From curves > 2 surface Borders > give a name, a click on each border. Repeat the operation for each section of the border. Here is the final result. 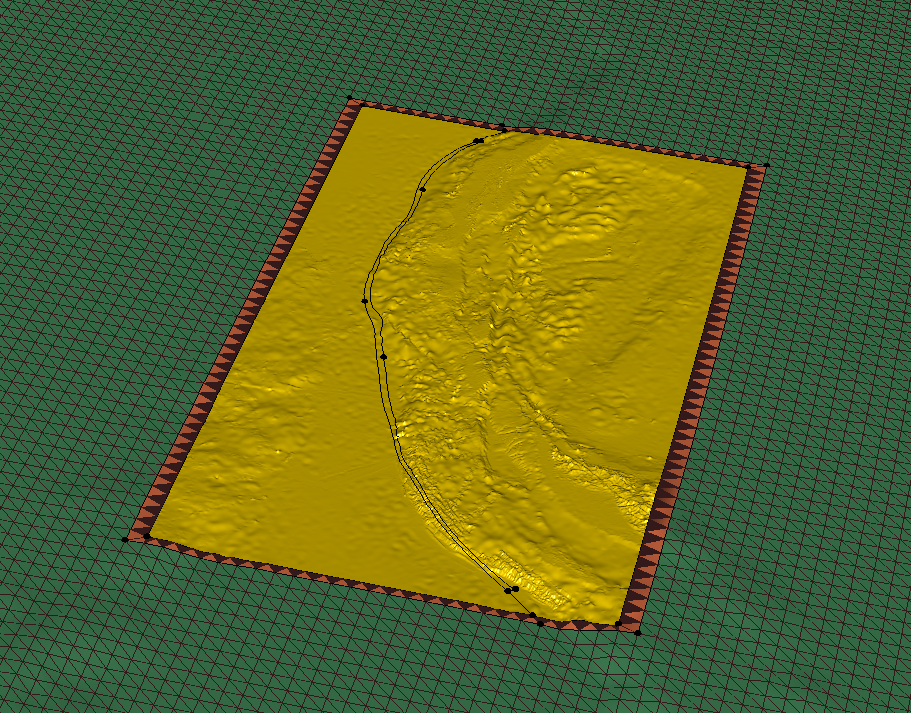 Finally, the new surface can possibly be merged into the coarse topography.